The Carnarvon Bulls took part in their final school round-robin last Thursday.  They played against St Wilfrid’s and The Good Shepherd primary schools.

The Bulls had some key players missing due to a football fixture, however, the players who attended worked incredibly hard as a team, passing, moving and scoring.  Their defending was awesome too.  This led to two huge victories and the best team performance of the season. 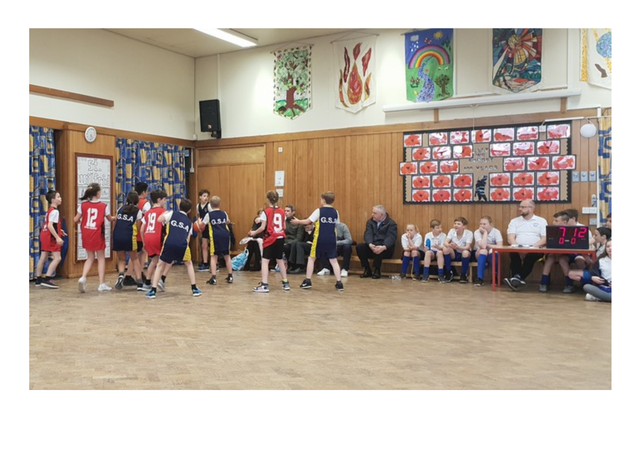 On other basketball achievements, Lily Gibbs and Cameron Markham were both selected to represent the county squad in the regional tournament.  Both were amazing ambassadors of the school, playing really well with great attitude.  Furthermore, Cameron has been selected to represent the East Midlands in the national tournament against the best in the rest of the country.  At this tournament, Cameron will be playing in front of England coaches, trying to fight for a space on the England development programme pathway!  Best of luck Cameron!!

Carnarvon Bulls played exceptional basketball last Thursday against South Wilford Primary school. They won their first game 22-8 and the second game 18-16. Mr English said “I'm really proud of the team. They have shown huge improvement, great teamwork and great team spirit and are also enjoying playing basketball”. This is the second round of the competition. The next match is an away match, being held on 28th February.

Team Bulls played their final games to send Mrs Niebylski off with a proud smile. Their stunning performances on Thursday 7th June showed just how much they can work together as a team. All the skills practised each week were displayed throughout the 4 games. They won 2 and lost 2 (only by a basket and one point) making them ‘true Bulls heroes’! Mrs Niebylski went out with a bang after 16 years as coach (assisted by Mrs Lunn for two years). A huge thank you to the team, Coach Jimmy Smith, Mrs Lunn, the fantastic parent supporters, Mackenzie Forth and the office staff who help make it all happen. Go Bulls!!

The team would also like to thank Mrs Niebylski for all her hard work in training and nurturing them and for always being so positive, helpful and kind!!

Pictured below are photos from the recent matches. 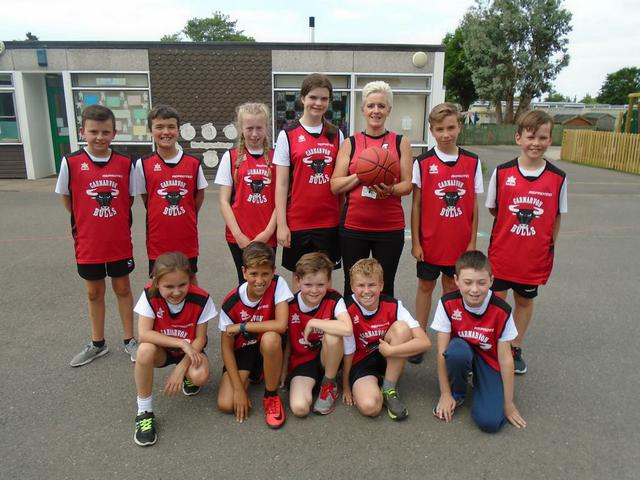 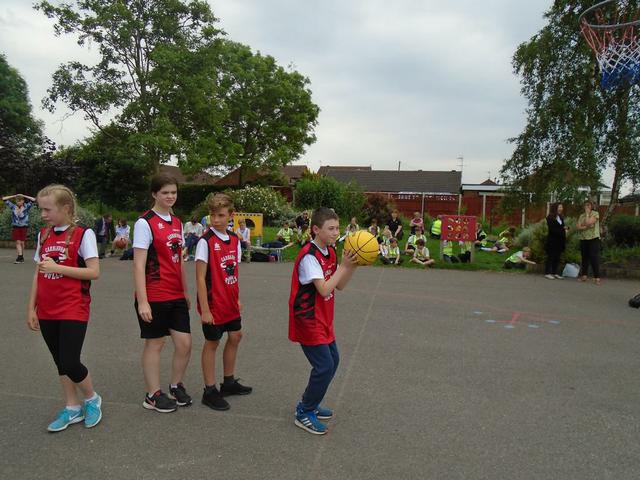 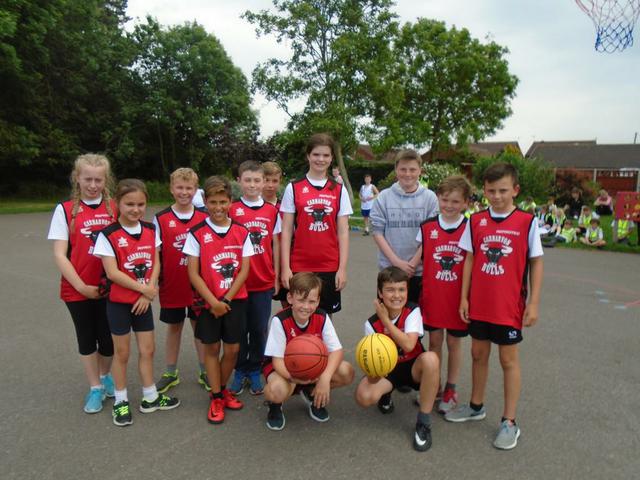 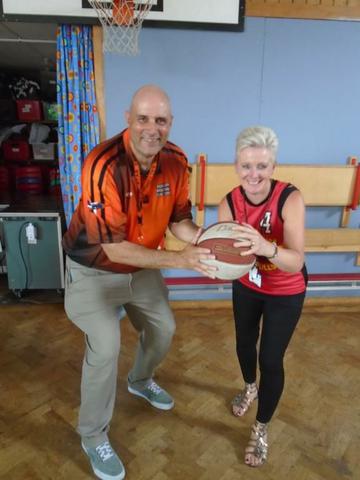 “Two exciting games demonstrated by our fantastic Bulls Team were played at St Wilfrid’s in Calverton on Tuesday 13th March. Our final fixture of the season was played by storm, creating an electric atmosphere. The entire team displayed individual skills and cohesive teamwork, making the whole experience a basketball blast!! Our referee, Coach Jimmy Smith, spoke about how much our team had improved since September. Winning both our games made our re-scheduled match really worthwhile. The support from all our parents has been amazing, so a great big thanks to all of them. A special thanks to Sarah Tyler for match scoring (even without her glasses)”.

“Well done Bulls! Two amazing games played away at Newark on Thursday 25th January, gave us all room to celebrate. A hard working “Team Bulls”, put skills into action and pulled a win and a very close 2nd match - only losing by 2 baskets. Excitement was displayed by players, parents and of course, the coaches. Keep up the good work Bulls!”

“A great start to our Rushcliffe schools fixtures!! The Bulls were full of confidence and enthusiasm with big smiles all round. They battled against Belton Lane to the bitter end. Although defeated and exhausted, they kept up their notorious happy team spirit!! Well done Bulls. Big thanks also to our parent supporters”. Mrs Niebylski and Mrs Lunn 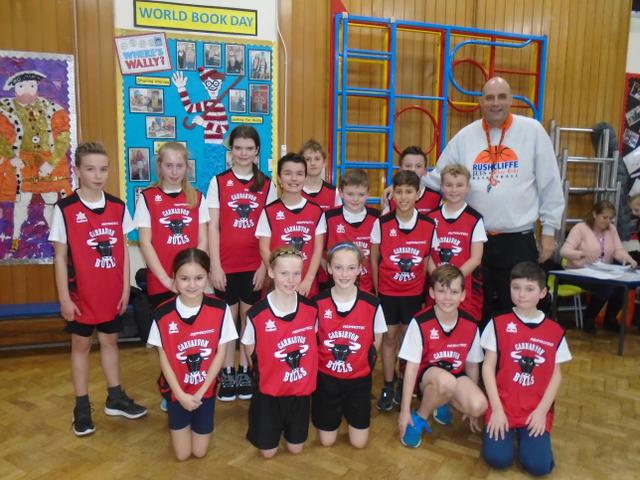